"Into Free -Dangan-", the theme song for the game "Dragon's Dogma" which will be released worldwide on May for PS3 / Xbox 360, is now available digitally in the world on iTunes Store.

The digital release only new song "Into Free -Dangan-" is a re-recorded version of "Samayoeru Aoi Dangan" which was released in 1998 (24th single), with newly written lyrics in English.

Now get it on iTunes Store in 51 countries including Japan. 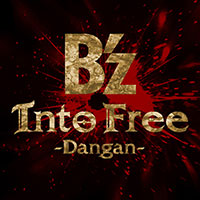